How Renko Indicator MT4 Helps You Win The Forex Trade 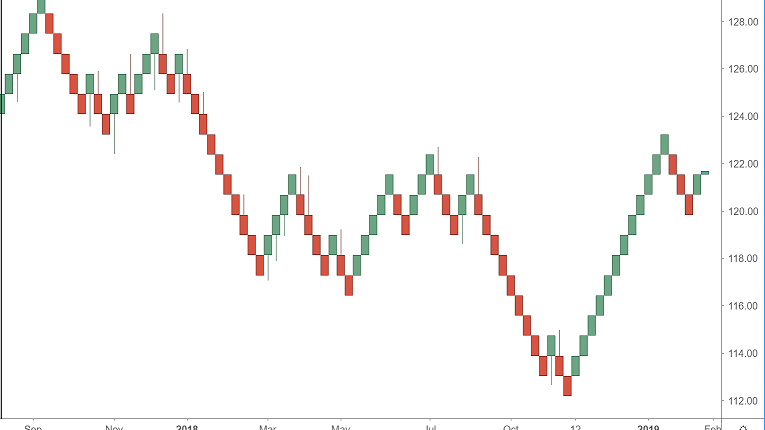 You may have heard about Renko indicator mt4, as a newbie forex trader interested in using the mt4 platform for your trade. Several tools come in handy when trading on the MT4, and Renko indicator is one of those tools you can hardly do without.

What is Renko indicator MT4?

Renko chart indicator, a resourceful tool in MT4 (MetaTrader 4) originated from the Japanese. It is used in analyzing technically the changes in market price. Renko chart is made up of the same size bricks/blocks that are formed at angle 45 degrees to each other and they deal with market trends. A brick takes any price size like $0.50, $5, etc. This is known as box size.

Hence, contrary to a typical price chart that displays price as regards to time progression, a Renko chart focuses on price variations.

A Renko brick is shown when the price covers a certain distance and this is regardless of the time it takes. For instance, if you select 10 pips as the size of the brick, a brick will only be created when the price goes upward or downward by 10 pips. These bricks remain unchanged once they are formed.

Bullish and bearish bricks have different colors in Renko indicator MT4. The bricks are always equal in size. They never appear next to each other. Each following brick is painted at the 45-degree angle to the previous one.

The word, “Renko” is believed to have been gotten from the word “renga” which means bricks in Japanese. Renko chart indicator is sensitive to support as well as resistance and stops the noise existing in the time-based charts. An elementary feature of the Renko Indicator MT4 is its ability to inform the trader of the market’s significant movement.

• You have a neat chart environment for spotting trends.
• Very operational for detecting and displaying areas of support and resistance accurately.
• You get a precise technical analysis due to the easy chart patterns.
• Very efficient and effective for beginners.
• Traders can detect large and significant trends as well as focus on them.
• Renko chart is basically intended to deliver a reasonable level of price action analysis.
• Very useful to traders who long for improvement in their trading skills.
• Winners can be kept running, and lose trades can be cut fast. 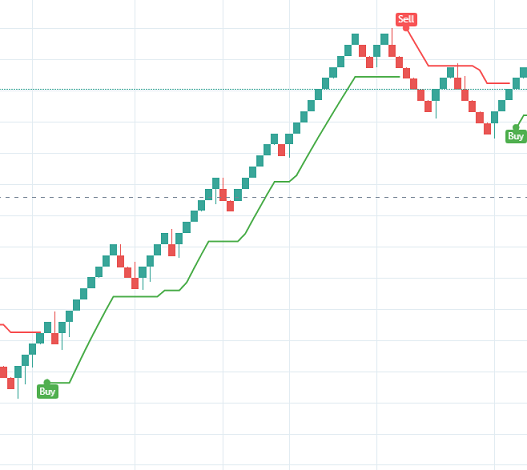 • Renko charts do not display considerable details, unlike Candlestick and bar charts.
• Closing prices are the only prices used, and this invariably removes so much data in place.
• There could be false signals (whipsaw effect) as a result of the fast changes in the color of the bricks.
• Consolidation in price can result in a lot of time being spent before another brick is formed.
• Inaccuracy in your entry is possible since there could be a lot of bricks in a single direction during a trend.

Renko chart indicator makes viewing of the market’s state easier for the trader. An order or arrangement of successive down blocks is an obvious statement there is a downtrend in the market. A clear but violent trading strategy that tries to picture the trend is designed for the trader to use each new brick as a signal for direction. A buy signal is represented by an up block (new) while a sell signal is represented by a down brick (new).

In the default settings of Metatrader, you are likely not to find Renko charts. Basically, you will have to download the Renko charts from the Internet. You may possibly have it in the form of an indicator. Take the following steps to achieve a successful download: 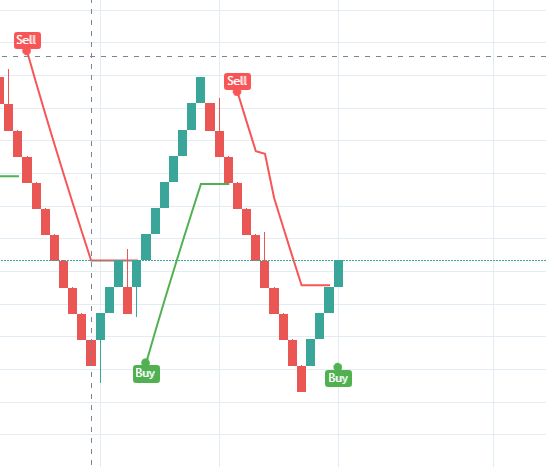 Renko Indicator MT4 has its advantages and disadvantages. There are varieties of technical analysis tools to combine to achieve desired results. That is if one decides not to stick to the Renko Indicator. A key disadvantage is in the fact that it does not take time into considerations when representing the market price movements. Nevertheless, and outstandingly, the Renko Chart Indicator enables the trader to detect likely support and resistance areas in the markets.

If you want to dominate even further, then you should seek to visit our page with the Best Metatrader Indicators, which will present you with all insights of multiple methods to be a powerhouse with profit-making.